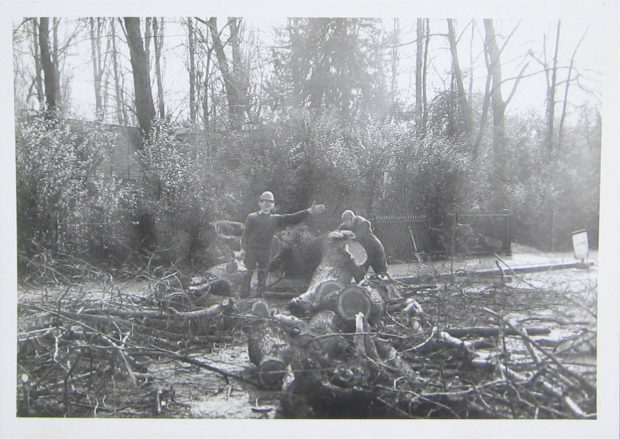 Urban Forestry. What does that term actually mean? Well, it really depends on who you ask. Find the tallest building you know in any city and the urban forest is every tree you can see from the top and some you can’t. Like traditional forestry, urban forestry is looking after these trees for the benefits they bring to residents, businesses and visitors alike.

Starting a career in forestry

I’ve realised that I’ve been an urban forester one way or another for the last forty years. For most of this time I just didn’t know it. After a spell as a Forestry Commission employee in Lincolnshire in 1979 and following a radical change in career direction and some travel abroad I’ve been doing urban forestry ever since.

I owe my start in life to my namesake Jim Smith the Assistant Superintendent at Regent’s Park who thought it would be good fun having a 16 year old with the same name loafing around. He was known as 'Big Jim' and I was 'Little Jim'. That was 1977 when I worked as a summer casual in the nursery looking after the young tree and shrub stock.

I worked there every summer while still at school and after returning to London from Laughton Woods in darkest Lincolnshire, I started on the tree gang at Regent’s Park felling elms. I consider myself extraordinarily lucky that I’ve been able to make a career doing something I love.

Urban forestry is something of a recent interloper in the UK, unlike elsewhere in the world where it is a well respected discipline. Here, as often happens with innovative approaches in the UK, it is disadvantaged by falling between two established sectors; traditional forestry and arboriculture, with these two sectors not really knowing how to treat their younger cousin and in many ways being protective and vaguely unsure of its motives and objectives.

For me the Forestry Commission has provided the leadership, opportunity and vision required to galvanize a disparate sector and bring together seemingly unrelated sectors. In many ways it has been the glue that has allowed recent advancements in how urban trees are cared for to succeed.

Had you told me 5 years ago that the government, any government would now be legislating to strengthen protections for street trees, improving and standardising data collection on urban trees or that urban trees would have moved so high up the agenda I would not have believed you.

But this brings with it risks and while raising urban trees up the national agenda is enormously helpful, by being pushed up above the parapet they are, as ever, vulnerable to the attitudes and the prevailing vested interests of established players and their own agendas.

That’s why I believe the urban forestry sector needs to pause and assess where it is and where it wants to be in ten years to deliver the benefits to society practitioners know are available. 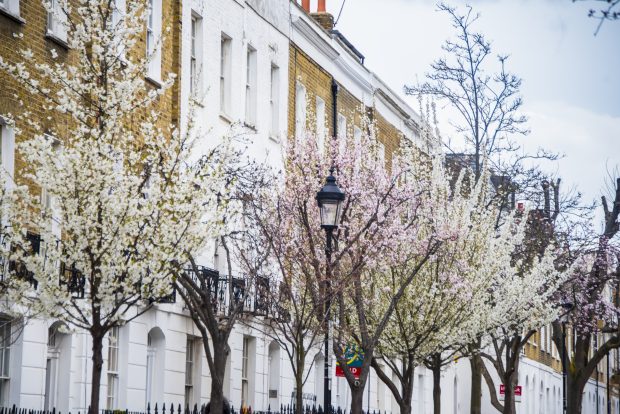 As a sector it has its work cut out to persuade quite out-dated attitudes to change so that trees in towns and cities are not managed or planned for in a fragmented way but holistically, sustainably and within the context of the challenges of the built environment. The key to achieving cross-discipline co-operation is trust between professions, something that is not always easy to secure.

My personal view is that neither traditional forestry nor modern arboriculture are best suited to ensure urban areas are prepared for all that will be manifested in the context of climate change. Whether these are biosecurity threats, extremes of weather or the health and the wellbeing needs of people. Urban trees and woodlands should be regarded as critical infrastructure in our towns and cities, on a par with transport, utilities and the built environment.

Adaptation is the key to survival in life and I believe it is time to change what hasn’t worked and seek new ways to achieve the best for future generations. I also believe we are just the custodians of our forests, urban or otherwise for these future generations and we shame ourselves and our predecessors by not doing everything in our power to ensure they survive and thrive to benefit us all.

I am enough of a realist to know that maintaining the status quo can be very persuasive and challenging accepted wisdoms is never easy. However, history teaches us that better ways of doing things only need the spark of change to fall on the tinder of public opinion, opinion of young and old alike and the obstacles fall away. There has never been a more important time for people of all ages and walks of life to demand concerted and effective action from those vested interests charged with securing the urban forest for their future.

All the relevant sectors and bodies should grasp this future and unilaterally acknowledge that only a genuine acceptance that no one discipline can deliver the needed change will do. Only effective co-operation and co-creation will succeed in the long term and pursuing narrow organisational and personal self-interest risks becomes part of the problem rather than providing the solutions.

I look forward to the day I can look my grandchildren in the eye and say I, in a small way, stood fast against those vested interests while working on and contributing to the preconditions that facilitated a better world for them. Why else do anything useful?

Find out more about Urban Forestry and how you can help protect and manage it on GOV.UK.