We are Bella Murfin and Naomi Matthiessen, job share Directors for the Nature for Climate Fund Tree Programme in Defra. 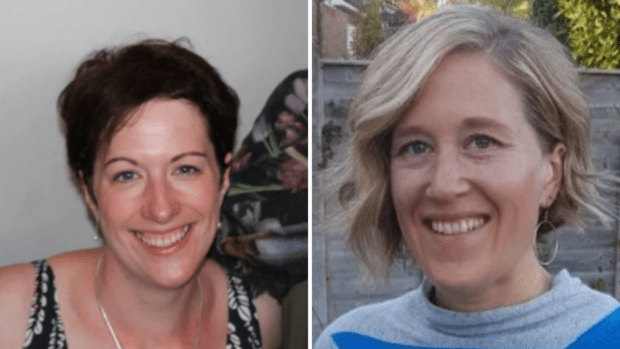 We joined the Defra Trees and Forestry team in April 2020, just after the Chancellor had committed £640m to the Nature for Climate Fund (NCF), intended to boost the role of nature in the journey to Net Zero. The small team had a big goal – to treble woodland creation in England, making the most of trees to sequester carbon along with many other benefits - all against the backdrop of a global pandemic.

It was a steep learning curve and things were moving at an incredible pace. We needed to unlock the money through a tough Business Case process, grow the team, build relationships with stakeholders and develop credible plans. And we couldn’t see anyone in real life!

By June, the team had launched the England Tree Strategy consultation and were talking to foresters, farmers, scientists, environmental organisations and members of the public to shape the vision for trees in England. 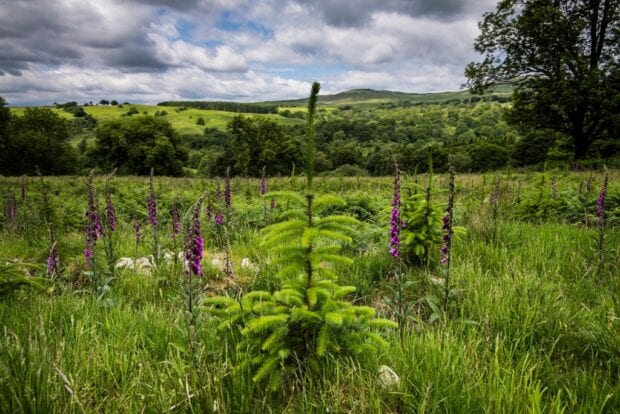 As the season turned from summer to autumn, so the team continued to grow, encompassing our colleagues at Forestry Commission, along with partners like Community Forests and environmental organisations to design the strategy and the programme in parallel with each other, whilst also deploying the NCF to get trees in the ground. We described this as building the plane as we flew it, all the time focussed on Government priorities of delivering natural capital benefits using Nature for Climate funds.

Autumn to winter brought with it the traditional tree planting season. Our delivery partners struggled with fewer volunteers and tree planting teams than would normally help plant the trees. Coronavirus was taking its toll on our ability to plant the number of trees in our original plans.

However, we’d made good progress with funding opportunities and in National Tree Week we were able to promote new schemes and partnerships.

The Government’s £40m Green Recovery Challenge Fund was announced in September, with many of the successful bids including planting trees in their submissions.

On the 5 Dec 2020 we announced £3.9 million to fund innovative tree planting schemes which has seen hundreds of thousands of new trees planted, including in towns and cities and near rivers to reduce flood risk.

Of the £3.9 million, £1.4 million was awarded to the Environment Agency to fund a ‘woodlands for water’ initiative across 15 projects to plant over 850,000 trees to protect around 160km of river and help reduce the risk of flooding to over 500 properties.

And £2.5 million from the Government’s Shared Outcome Fund went to supporting new ways of planting trees in our cities, towns and countryside

Also during National Tree week we announced that Community Forests were awarded £12 million to plant over 500 hectares of trees between Dec 2020 and March 2021.

During winter through to spring 2021 many of our delivery partners could be found out and about doing what they do best - planting trees and creating woodlands.

By March Broughton Sanctuary in North Yorkshire, as part of the White Rose Community Forest, became home to the largest tree planting scheme in England this year. 160 hectares of trees were planted between December and April 2021, the equivalent of 224 football pitches.

Just one of the projects delivered through the £1.4 million of funding to the Environment Agency was Trees for Skirfare in the North East. The Wild Trout Trust delivered the Trees for Skirfare project, planting 3,128 trees around Halton Gill in the Upper Wharfe catchment, an area of the Dales almost completely devoid of trees.

By spring, we’d worked through most of the government approvals needed for such a large programme and we were ready to announce further funding opportunities.

In early March 2021 we announced the new Local Authority Treescapes Fund of £2.7 million available for local authorities to increase tree planting and natural regeneration in locations outside woodlands.
(Note: the application window closes on the 30 June 2021) 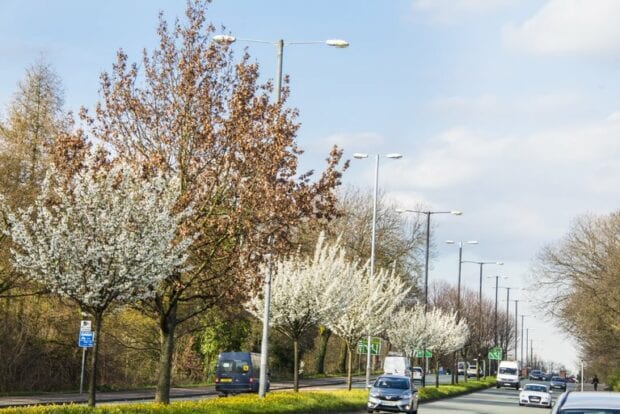 While mid-March saw the National Forest celebrated its 9 millionth tree with Shaun the Sheep, and Lord Goldsmith announced an extra £2.26 million from the Government’s Nature for Climate Fund.

Also in March Defra and Forest for Cornwall joined forces to form an innovative new National Woodland Creation Partnership pilot to drive regional tree planting. This new partnership has been supported through an initial £120,000 uplift from the Nature for Climate Fund.

The end of March saw the second round of the Green Recovery Challenge Fund £40m open for applications.

In May, Round 3 of the Urban Tree Challenge Fund (UTCF) opened supporting the planting of 44,000 large ‘standard’ trees over a two-year period with £6 million of grants over 2 years being available.
(Note: application window closes on the 25 July 2021).

£2 million funding from Defra and the Scottish Government went to supporting tree nurseries in England who supply trees to Scotland.
(Note: Application window closes on the 30 June 2021).

Forestry England Woodland Partnership then provided a unique offer to landowners to lease their land, creating and managing new woodland without landowners needing to develop new expertise and putting less time and money into an unfamiliar venture.

A new £1 million Woods into Management Forestry Innovation Fund also opened in May, but this time focussed on improving the condition of existing woodlands.

On 17 May the Queen’s Green Canopy (QGC) was launched. A unique tree planting initiative created to mark Her Majesty’s Platinum Jubilee in 2022 which invites people from across the United Kingdom to “Plant a Tree for the Jubilee.” 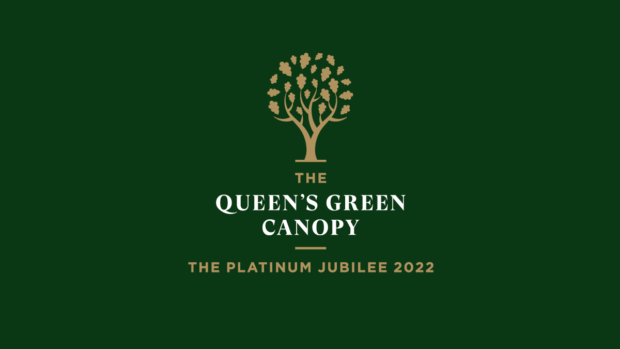 Then on the 18 May we launched the England Trees Action Plan. This was a key milestone, both as the culmination of all the team’s hard work over the last year, and as an incredibly important framework, defining how we will continue to create and nurture trees and woods for future generations.

It’s been an extraordinary year! Sometimes exhausting, often inspiring, and we’ve been so privileged to be working with a fantastic team across Defra, Forestry Commission and our other delivery partners. That word, ‘partnership’ embodies much of what has been most rewarding and will continue to be vital as we take next steps.

And ‘year 2’ is shaping up well, with Forestry Commission launching a flagship new grant in the England Woodland Creation Offer with £15.9 million in its first year. 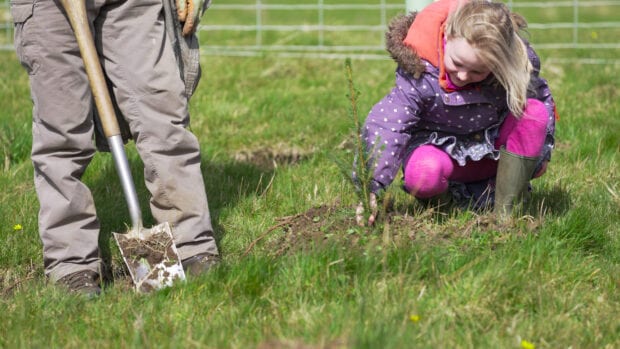 With the right framework in place, and a diverse range of funding opportunities already supporting new tree planting and establishment projects, we’re incredibly excited to be part of what happens next.

Making sure that the right trees are in the right place and for the right reasons, our landscapes and treescapes will change for the better and we will contribute to net zero targets and other government priorities.

If you’re a landowner, forester or farmer we urge you to take a look at what’s on offer and find out if you’re eligible to apply!